Blind faith in technology? Looking for answers online? Combining speculative design, machine learning, and religion, Heaven to the Cloud is a recontextualisation of digital rituals as culturally familiar forms of ceremony--a choral performance, musical score, and liturgical artefacts--in an attempt to better illuminate the complexities of the commodified internet.

Civilization used to look to the heavens for answers; this search has taken a dramatic turn toward technology and the answers found in "the cloud". With this in mind, the multi-dimensionality of such a dynamic, well-known figure provides an opportunity to consider how we relate to ourselves and others in a world dominated by algorithms and two-dimensional screens.

How it works :: After tweeting the quotes of Jesus from the gospels, the Twitter account was then processed with the IBM Watson AI. The results were a summary of his personality type and a sunburst chart using the Big Five personality traits, aka OCEAN model, recently made famous by Cambridge Analytica scandals. consumer analysis <> science behind it 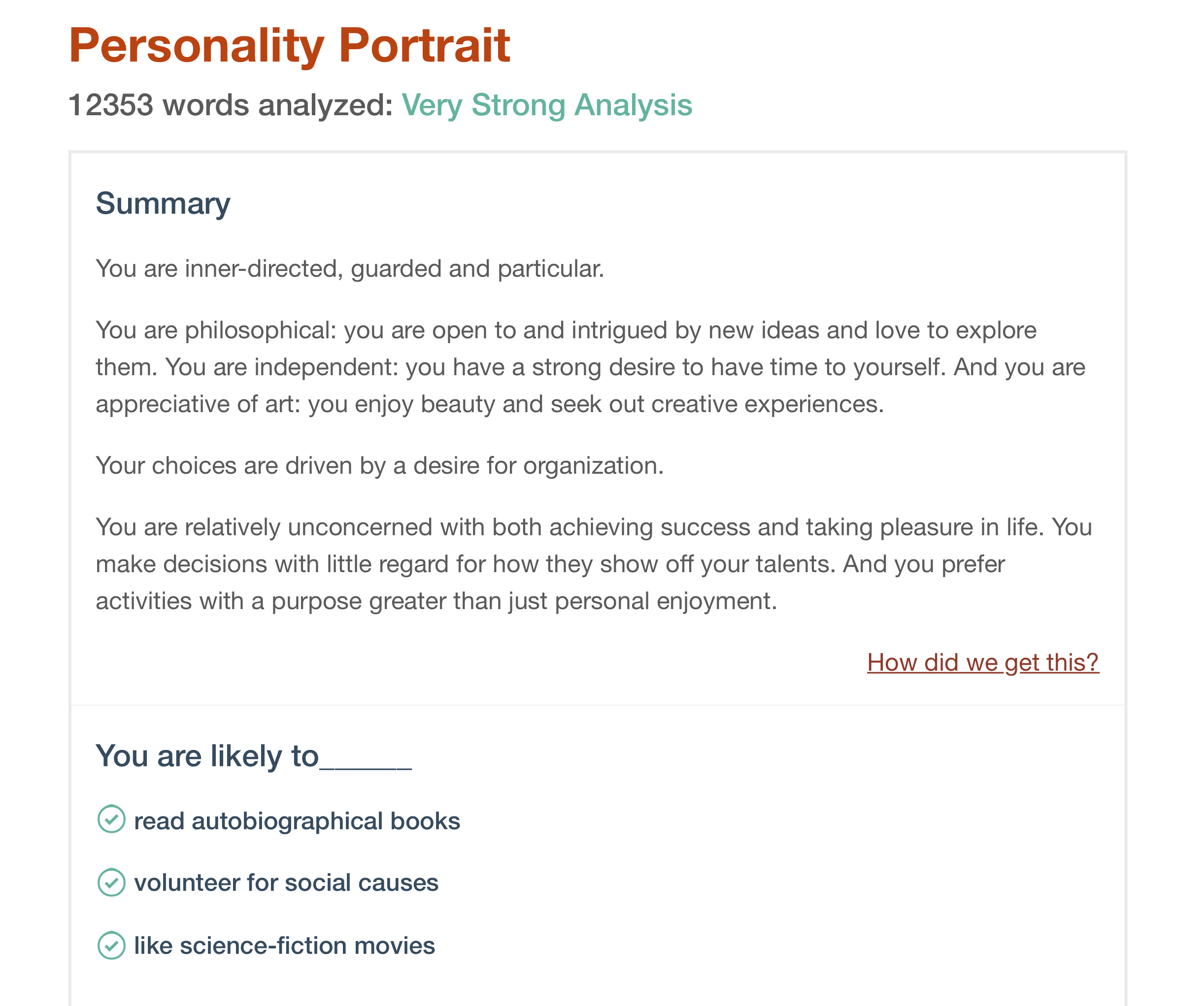 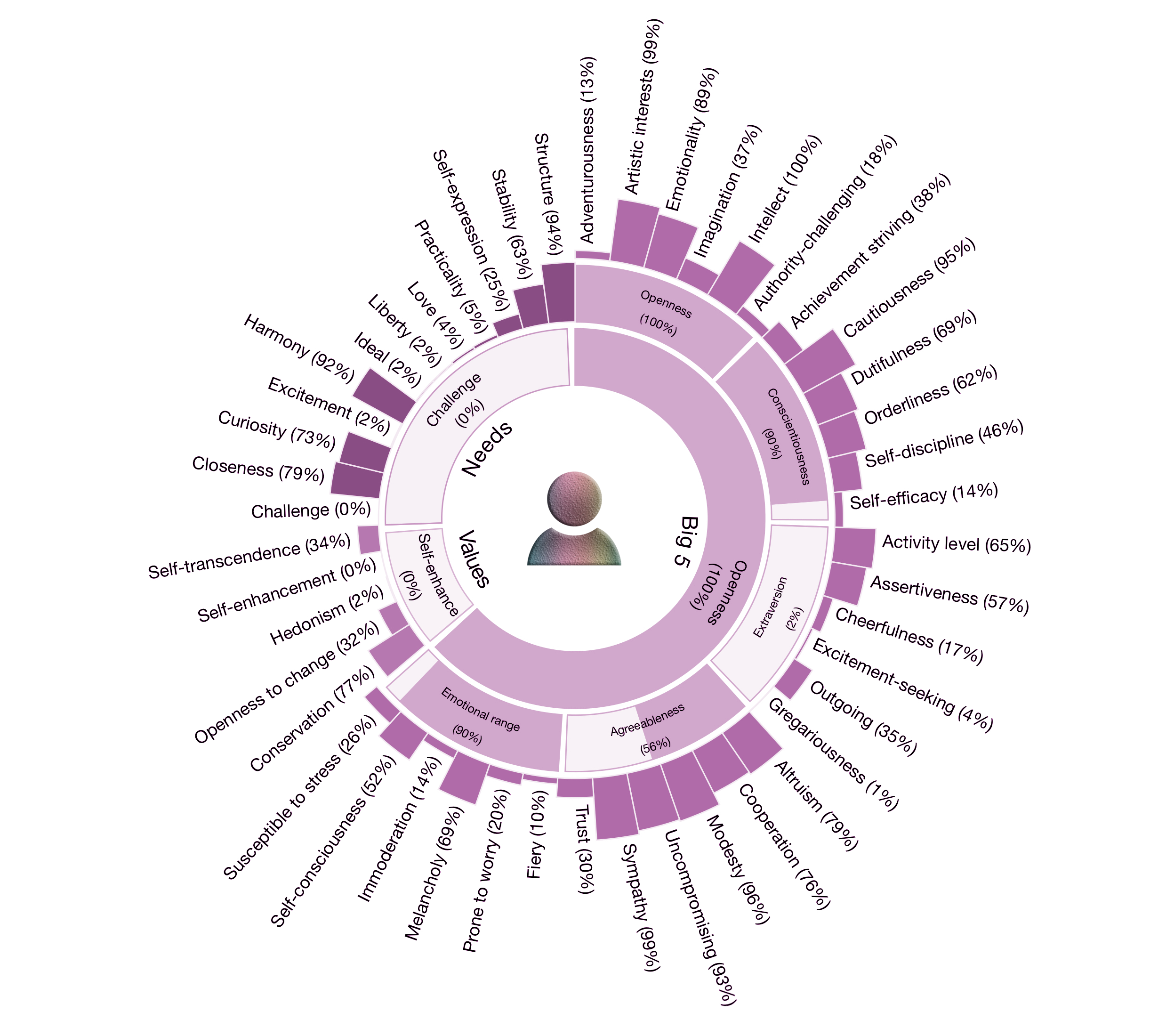 The sunburst chart has an uncanny resemblance to a monstrance--an open or transparent receptacle in which the consecrated Host (aka the body of Christ) is displayed for veneration. The wafer (Host) is used during the Eucharist (communion), Eucharistic adoration, or Benediction of the Blessed Sacrament. I created one for the performance and final exhibition with iridescent acrylic containing the chart's information. It can be seen in the video performance. 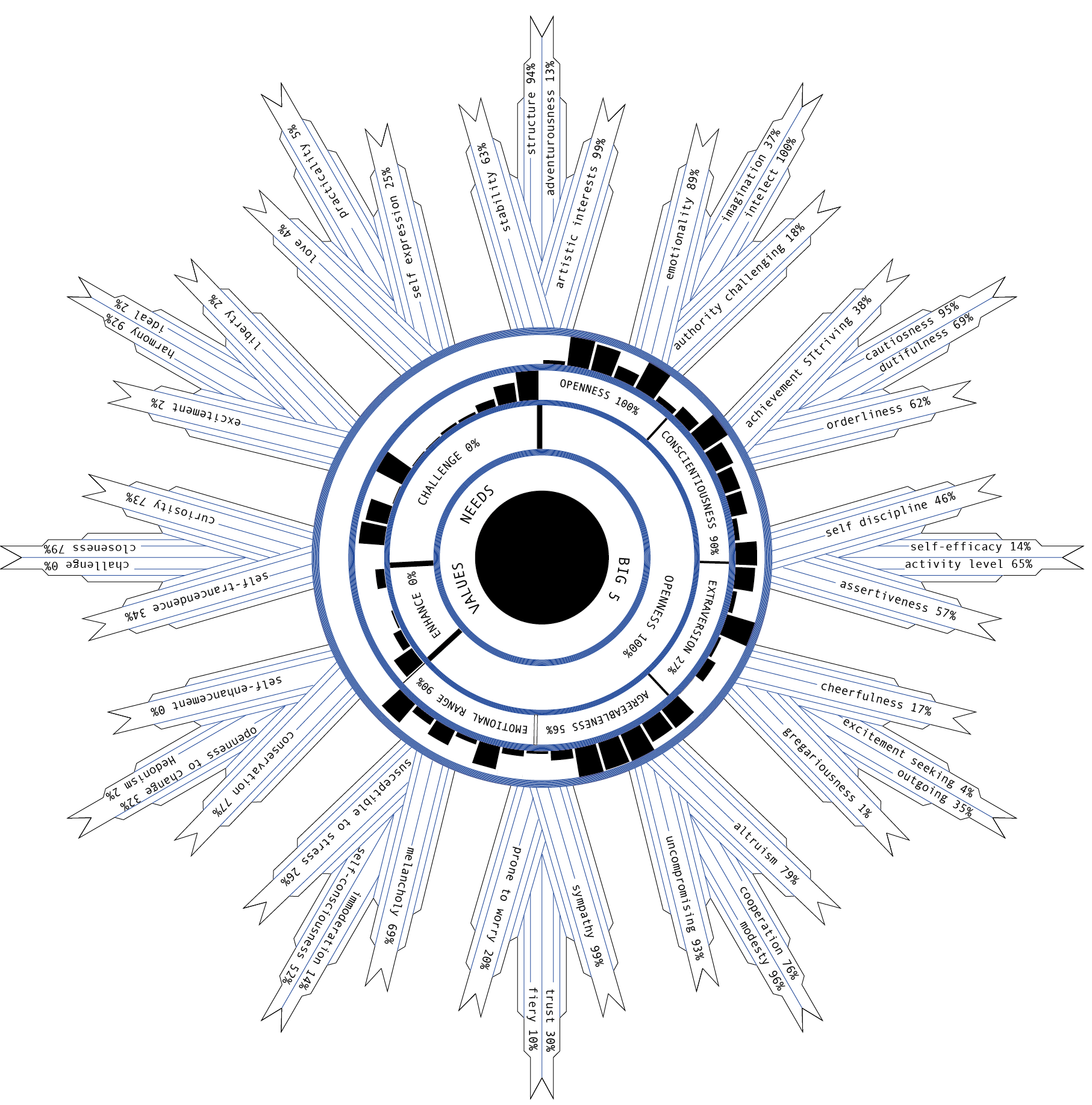 "O salutaris hostia" (O Saving Host) is the penultimate stanza of the hymn Verbum supernum prodiens, composed by St. Thomas Aquinas for the Hour of Lauds in the Office of the Feast of Corpus Christi. This stanza and the final stanza, or doxology (Uni trinoque Domino), have been selected to form a separate hymn for Benediction of the Most Blessed Sacrament. Usually, and most appropriately, it is begun either when the door of the tabernacle is opened or when the monstrance is being placed on the throne of exposition. The hymn is often chosen as a motet for solemn Mass, and may thus be used after the proper Offertory for the day has been sung or recited. An indefensible, but fortunately very rare custom—perhaps inaugurated by Pierre de la Rue—was that of replacing the Benedictus at Mass by the O salutaris.

In addition to the monstrance, other cermonial artefacts were created such as wafers, as used in church services to represent the broken body of Christ, with the internt's broken image icon printed in edible ink, referencing the broken avatar body of Jesus christ. 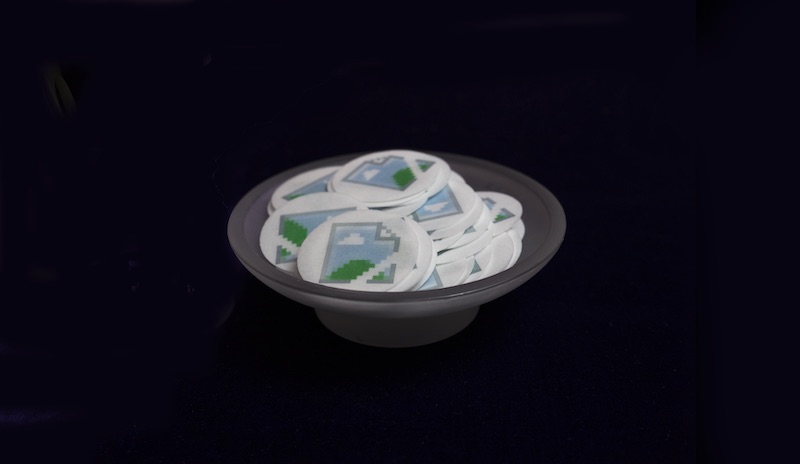